Pasteurization is a process of killing the microbes and pathogens in the Milk or for that matter in any liquid. Almost all developed countries including USA, UK and others have made it mandatory to only sell pasteurized milk in stores. 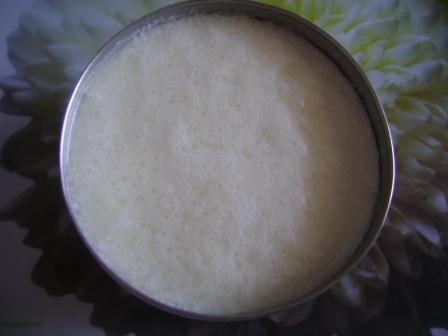 This is opposite to what we get in India. You can still get raw milk straight out of cow or buffalo’s breast to your glass and drink. You are never sure if the milk you are being deilvered has been pasteurized until you are buying it from a renowed company there.

I am sharing our experience with respect to making curd/yogurt at home with the pasteurized milk.

When we made curd with the pasteurized milk straight out of the bottle, we found that the curd was a lot lacy i.e. it was not solidified properly and hence was quite greasy and had dropping consistency. The taste of this curd was also not as desired and was tasting like we are eating something greasy.

We realized after a couple of hit and trial that this was happennning due to the non-boiling of the milk just before keeping it for making curd. Since the milk here was pasteurized and had already gone through the process of heating, we and i guess every body else here assumes that we do not need another boiling. This is pretty safe assumption unlike India where you would almost always boil the milk before setting is aside for curd.

But, contrary to our assumption, it came out that the pasteurised milk also needs a boil. I do not know the exact science behind this but the curd after boiling certainly came out much better and quite solid. This was exactly the same that we were expecting. The taste, odor and consistency were all good now. The dropping consistency was replaced by hard and solid curd. The greasiness was completely gone and we could easily pick a slice with a spoon.

So, we would advise you to bring the milk to a boil even if it is pasteurized to make sure that you get the better curd!

Check out our recipe of making Greek Yogurt at home. Believe me, it is as simple as just hanging a towel on towel hanger! So, go ahead and get double the protein. And yes, if you are making the this yogurt from Pasteurized milk, do not forget to follow the above trick first.

Have you also faced similar issue? What did you do to fix it. Do share your suggestions in the comments.